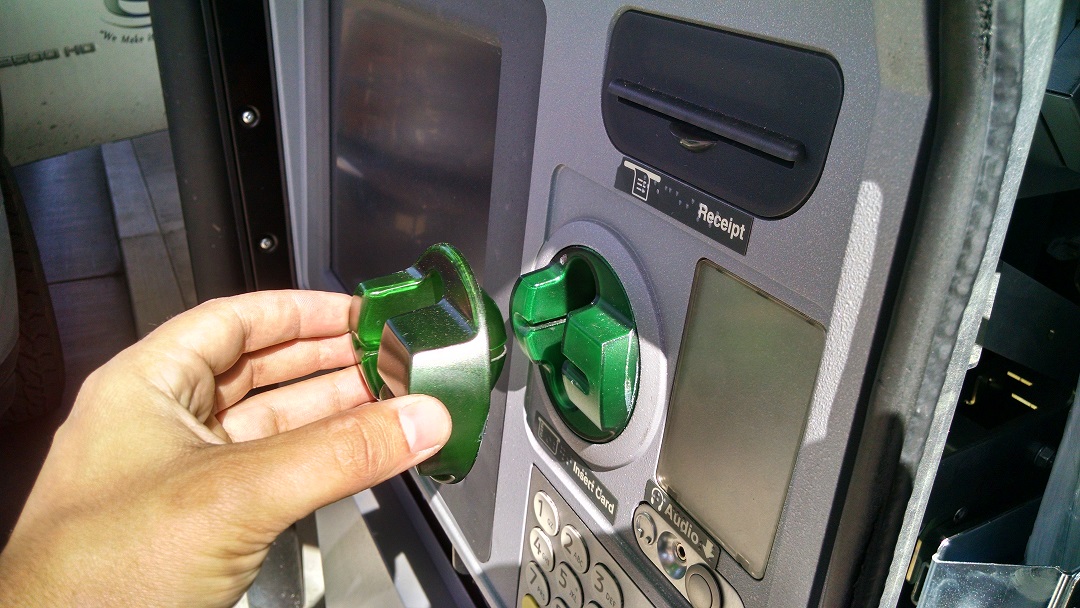 As you know we’re passionate about the role that people and processes have to play in the fight against cyber crime… But seriously what is skimming?

This week, we had a stark reminder of just how easy it is to be a “victim.”

One of the team was idly flicking through the police feed on Twitter… obviously working hard… well sort of!

The police tweeted the discovery of skimming device on an ATM in the local area.

In case you don’t know, skimming is the name giving to illegally attaching a device to an ATM to ‘skim’ your card details. Often ‘skimmers’ will wait months before using the card details.

Realising that they had used the ATM a couple of days before, our team member was obviously concerned about the security of their card.

So headed straight for local branch to report it…

So why were we surprised ?

Thankfully faith was restored when the Call Centre cancelled the card immediately.

We fed back on our experience and have been told that this topic was covered at the daily meeting.

By coincidence, this event occurred in the week that the results of the National Crime Survey were released.

For the first time these now include cyber and fraud numbers.

According to the report, there were an estimated 3.6 million cases of fraud and two million computer misuse offences in a year…

And of course, these are the ones that are just reported!

It’s not all doom and gloom though. In the report the director of Financial Fraud Action UK, Katy Worobec, is quoted as saying the banks had been able to stop £6 in every £10 targeted by criminals in the first half of 2016, but that people needed to be aware of the threat.

Until changes such as this are made, we all need to be more vigilant.

What can you do?

Ensure that your employees understand the potential risks in the digital age. Knowing the steps to take in the event of an incident.

Simple, cost effective processes can reduce the risk of skimming, phishing, whaling, phreaking and the myriad of other types of cyber crime.

Ensuring that you and your suppliers protect your IT systems by adopting Cyber Essentials is another great step.

Communication and developing a culture where your staff can highlight concerns is critical in the ongoing fight against this type of crime.

After all, prevention is far better than cure.

If you want a warm and friendly expert to cut through the jargon giving you the facts then please get in touch.